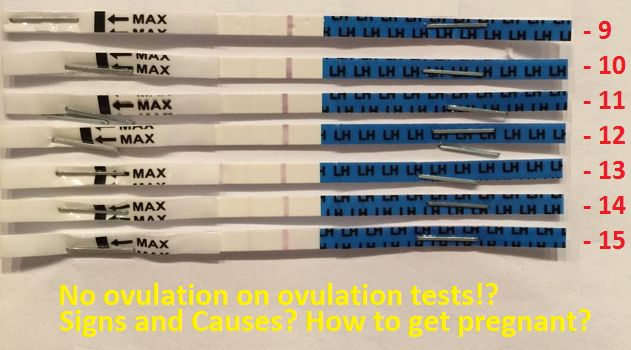 The absence of ovulation (anovulation) 2-3 cycles per year and not in a row is a normal phenomenon. At the same time, periods are in normal mode or with a slight delay. It will be possible to become pregnant but only in the next ovulatory cycle. When planning, if there is no ovulation, other possible problems with impregnation are first excluded and only after that drug stimulation is prescribed.

During teenage years and after 35 years, the number of anovulatory periods increases. With the onset of menopause, the maturation of follicles gradually stops. Chances of pregnancy, depending on the age of the woman, can be found in this statistic.

Signs of no ovulation

There are signs that there was no egg (ovum) released in this period.

Periods in the absence of ovulation?

If egg maturation is impaired, they do not release from the follicle, but menstrual bleeding persists. And although the growth of the endometrium in the uterus occurs as usual, the corpus luteum does not form during anovulatory cycles.

Note (!): If the menstrual cycle lasts from 24 to 30 days and periods occur on time, it is likely that the woman has no problems with egg maturation. If the periods has become more scarce, irregular, the cycle becomes shorter or longer, most likely, these are anovulatory cycles.

The periods among some women with ovulatory pathology become not only irregular, but also completely disappear. Be sure to consult with a gynecologist.

If ovulation does not occur: reasons for the absence

If a woman has lost ovulation, the reasons can be either physiological or psychological. Usually they are complex, and requires both a delicate approach and an examination and treatment by the gynecologist and psychotherapist.

Not ovulating with regular periods can be caused by:

Healthy and young women may develop anovulatory cycles for psychological reasons. It can be material, housing difficulties or problems in the family.

Note (!): Violations of the process of egg maturation and excretion are quite widespread, about 40% of married couples have it. Some of these cases are associated with the individual characteristics of the body and are variable. This phenomenon is temporary and should not cause any worry.

Violation of ovulation is also due to gynecological diseases, hormonal disorders or congenital pathologies of the reproductive system.

The period with no release of a mature egg due to hormonal failure – increased prolactin:

Below is a graph of the basal body temperature of a woman on a strict diet:

And this is a schedule for a woman with normal ovulation. In this cycle, the ovaries have rested and there was no release of the egg. In a case to be repeated two to three times a year, it is considered a variant of the norm and does not require treatment:

Not ovulating? What to do to get pregnant?

According to WHO, a successful impregnation for the healthy couple should occur within a year of regular sexual congress without contraception. If pregnancy has not yet occurred, a complete physical examination of the husband and wife is necessary.

Anovulation is not always a reason of infertility, perhaps there are other pathologies, for example, husband’s sperm has low sperm fertilization rates. If the spermogram of the spouse is within normal limits, you need to look for the cause of the violation of female reproduction. To establish the reasons for the absence of ovulation, a woman is diagnosed.

Problems with ovulation and their solution

The restoration of ovulatory function is carried out as follows:

• if the cause is obesity, or vice versa, very low body weight, then normalizing weight or changing the regime of physical training restarts the ovulatory process. BMI – from 18 to 29 (ideally up to 25) – is a good indicator and ovulation is theoretically possible. BMI of 30 and more must be reduced in order to become able to give birth to a child;

• correction and restoration of the normal functioning of the thyroid gland and adrenal glands;

• hormone therapy is prescribed according to indications, aimed at reducing the amount of prolactin and the concentration of androgens in blood plasma;

• an OС course is prescribed most often for three months to give the ovaries the opportunity to relax and recover;

• a special diet and lifestyle changes are connected, which helps to regulate the function of the ovaries and contributes to the onset of pregnancy in a natural way.

• diagnostic laparoscopy helps not only to accurately determine the cause of anovulation, but also to correct the situation right on the spot (it was thanks to it that I became pregnant twice).

Note (!): Often, after the cancellation of oral contraceptives, two ovaries ovulate at once, which under favorable conditions lead to the birth of twins.

There are folk ways to stimulate the development and release of the egg, but for a start it is necessary to exclude gross pathology.

Common methods of treatment for anovulatory dysfunction are the use of medications that help conception. An example of an effective drug is Klostilbegit, which causes ovulation in 80% of patients within six months after treatment.

However, the use of reproductive enhancing agents can be prescribed by the dedicated expert. If treatment turns out to be ineffective (with low ovarian reserves of the ovaries), successful pregnancy is possible only with the help of IVF in vitro fertilization.

No ovulation?! Signs and Causes? How to get pregnant?