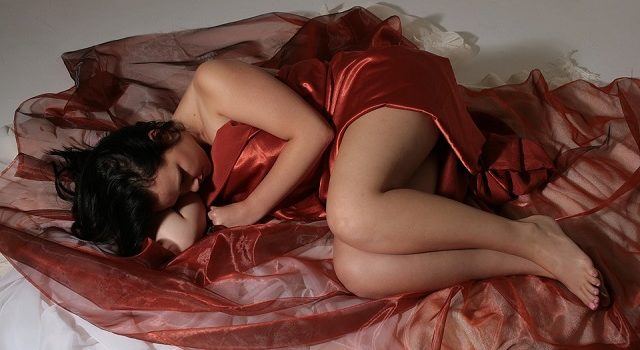 Approximately 25% of women of reproductive age are characterized by sensitive ovulation (ovulatory syndrome). They are able to determine the exit time of a ripened egg by the expressed painful sensations pretty exactly. The pain may be aching (dull ache), spasmodic (as during menstruation, but milder), or pressing. Most often, the lower abdomen or one of the ovaries is pulled or bursting, and aching pain in the lower back or rectum is also possible. Its duration is from several minutes to two days, but more often 12-24 hours.

Causes of pain during ovulation

Some women experience the release of the egg almost unnoticeably or as a short malaise. It depends on the individual characteristics of the body and related factors:

Gynecologists consider pain during ovulation as a natural phenomenon that occurs for objective reasons:

If the lower abdominal pain is possible during ovulation

If you have some drawing lower abdominal pain during ovulation, this is considered to be norm. It’s just that the fluid from the follicle got into the peritoneum (on the ultrasound, free fluid is visualized in the cul-de-sac). The response of the uterus (contractions) is reflected on the organs which it is adjacent to. Therefore you may have lower abdomen pain during ovulation in the ovary region with a return to the side or lower back.

Important (!): In order to check whether the cause of the pain is a spasm or irritation of the nerve roots, you need to drink Drotaverine. If the pain is spastic, then after pills it will decrease or stop completely. Otherwise, it is the sensitivity of nerve endings and you can help yourself by having a convenient, maximally comfortable position.

Unpleasant sensations in the stomach or distention are not excluded.

If the ovary hurts during ovulation – norm and abnormality

The way the lower abdomen hurts during ovulation has its own characteristics that indicate that the follicle rupture is the source of discomfort. Pain in the ovary (or bough) during ovulation is usually mild aching, dull, pressing and subsides on the next day maximum.

Note(!): As a rule, the source of discomfort is localized on the right or left. It depends on which of the ovaries the maturation and rupture of the follicle occurs. Paired bodies carry out this mission in turn. Thus, a woman can understand where the egg has matured in this cycle (in my case, for example, the right ovary ovulated during the first pregnancy, and the left ovary in the second).

If you are able to tolerate ovulatory pain normally, then you do not need to do anything. But you should definitely consult a specialist if the pain in the ovarian zone is unbearable or does not go away within two days. Such moments as an unreasonable rise of body temperature, painful urination, dizziness, skin pallor, a significant increase or decrease in pressure must also alert.

The fact is that lower abdomen pain can be a sign of:

The pain combined with a heavy spotting (if there is a little blood during the ovulation, then it is normal) may indicate a cyst of the cervical canal or an inflammation of the internal uterine lining (endometritis).

Why is there lower back pain during ovulation?

If women with a cesarean section or surgical treatment of diseases of the reproductive system in the past have painful ovulation, the reasons for this may lie in adhesions, postoperative scars. They reduce muscle elasticity and increase tissue tension during the uterine contractions and egg growth.

Tip(!): When you experience ovulatory pain it is great time for conceiving a baby because ovulation has already occurred or will come in one or two days.

You have breast pain during ovulation – is it a norm or an abnormality?

After ovulation, a significant increase in progesterone is observed in a woman’s body (up to 10 times). A side effect of the hormone is fluid retention. It is especially noticeable according to the breast state, it becomes slightly swollen and painfully sensitive. The level of discomfort depends on the structure of the body, skin characteristics, and health condition.

If after ovulation, there is no fertilization of a mature egg, then the level of progesterone drops and the breast returns to normal about a day or two before the start of menstruation. In a case of pregnancy, sensitivity and fullness remain.

Severe ovulation pain – how to help

You can reduce pain during ovulation with the help from the following solutions:

If you are sure that the pain occurs due to a spasm, then you can use an antispasmodic drug or an analgesic (drotaverine – it is allowed when you are planning pregnancy). It is better if the doctor selects the type of medical care, taking into account individual characteristics.

Tip(!): It’s always better to overcome. This applies to taking absolutely all the medications when you are planning a baby and pregnancy. Do not saturate the body with the drugs without first consulting a doctor.

It also isn’t recommended to use a heating pad while having pain during ovulation. If the pain is provoked by an inflammatory process, then warming will intensify it.

After ovulation, during pregnancy, pain also occurs most often when the embryo is implanted in the uterus (7-10 days after ovulation). Sometimes in the pregnancy cycle, pain and tension in the lower abdomen are noted by women immediately after ovulation and all the time after it. Read more about the early signs of pregnancy in this article.

I wish you good health and happy child planning!